For years, former football players have reported suffering from a number of cognitive issues including things like mood swings, anxiety, and depression among a host of other conditions and illnesses. Now, a study has found a link between concussions and mental health issues.

A recent study published in the Journal of the American Medical Association Psychiatry analyzed over 1,000 patients who had sustained a concussion. These patients were assessed for both post-traumatic stress disorder (PTSD) and major depressive disorder (MDD). Approximately 21% of patients experienced either PTSD or MDD symptoms in the six months after their head injury. This is compared to only 12% in patients with non-head injuries.

While 21% may not seem like a large portion of participants, it’s important to remember these individuals only experienced one concussion. For football players, they could easily suffer multiple concussive or sub-concussive hits in one game alone. Over time, players can develop chronic traumatic encephalopathy or CTE. CTE occurs when a build up of proteins in the brain causes brain cell death. With the recent study, PTSD and MDD join CTE as conditions that disproportionately affect individuals who have received concussions.

In addition to suffering from CTE, many former football players are suffering from degenerative diseases such as Parkinson’s, Alzheimer’s, ALS, and dementia. Former players also report suffering from cognitive impairment, impulsive behavior, aggression, short-term memory loss, and difficulty concentrating. These conditions make it extremely difficult for individuals to live normal lives. Tragically, these players had no idea of the long-term consequences of concussions. Organizations such as the National Collegiate Athletic Association (NCAA) knew about the dangers of concussions for decades, but failed to properly educate players or take steps necessary to mitigate the effects of concussions.

NCAA Profits Off Of Players

The NCAA makes millions of dollars each year off of collegiate athletes. The NCAA had a responsibility to keep players safe from dangers such as concussions, but they chose not to. Former collegiate football players currently suffering from the long-term effects of concussions should schedule an appointment with Raizner Law. We are representing former NCAA football players in lawsuits against the agency to compensate them for the injuries they sustained. 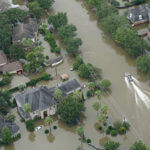