As many Texas structures still remain in repair limbo two years after Hurricane Harvey hit, many were excited to read the two-year update from Houston Texans player J.J. Watt. His own relief efforts repaired 1,183 homes and served more than 239 million meals to those in need. The Justin J. Watt Foundation has also provided physical and mental health services to nearly 9,000 people and distributed 337,000 prescriptions to low-income and uninsured patients. More than 971 childcare centers and after school programs have also been rebuilt, helping over 108,000 children.

When Hurricane Harvey hit Houston in 2017, an estimated 27 trillion gallons of rain fell over Texas and parts of Louisiana over a span of six days. It was estimated the total recovery could require upwards of $200 billion. Watt initially set out to raise $200,000 to help Southeast Texas victims, but raised more than $37 million. As a result of his efforts to raise money after Harvey, Watt was named the 2017 Walter Payton NFL Man of the Year, along with fellow Houston athlete, Astros player Jose Altuve.

When Harvey made landfall in Texas Aug. 25, 2017, as a Category 4 hurricane, it became the first major hurricane to strike southern Texas since Celia in 1970. Causing about $125 billion in damage, Harvey ranks as the second-most costly hurricane to hit the U.S. mainland since 1900, second only to Katrina.

Harvey affected an estimated 13 million people, nearly 204,000 homes, and up to a million cars.  The death toll is at 88. Harris County Flood Control District meteorologist Jeff Lindner reported a foot and a half of water covered 70 percent of the county. Houston sank two centimeters as a result of the weight of the water.

Raizner Law has extensive experience handling the complex legal issues involved in insurance law, familiarity with insurance companies, and a successful track record both in and out of the courtroom. We will help you fight for compensation and obtain the best possible outcome for your claim. Contact us today for a hurricane damage attorney who can help with your hurricane insurance recovery claim.

When a Hailstorm Hits a Warehouse 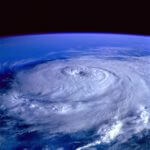