Established in 1906, the National Collegiate Athletic Association (NCAA) is an association designed to regulate the athletics of college sports for more than 400,000 student-athletes. The organization advocates for the well-being and safety of its athletes as it strives to provide students with tools to thrive both on and off the field.

Despite the NCAA’s claim to protect the mental, emotional, and physical health of its players, in actuality, many student-athletes competing in institutions governed by the NCAA endure debilitating injuries that often lead to long-term and life-altering medical problems. Football concussions prove to be the most pressing issue. As a result, concerns have been raised and lawsuits have been filed regarding the manner in which the NCAA handles head injuries.

With six class action lawsuits filed on May 17, 2016 and four filed on June 7, 2016, Raizner Slania has filed a total of ten class action complaints against the NCAA to obtain redress for individuals injured by the association’s irresponsibility and negligence concerning the health and safety of student-athletes participating in NCAA regulated colleges, universities, conferences, and organizations. Each of these class action complaints focuses on the culpability of the NCAA and its various conferences, as their actions relate specifically to various schools.

One case filed regarding the NCAA’s failure to protect its students depicts the injuries suffered by a football player at a Division I NCAA university. This student-athlete played as a linebacker for Auburn University from 1996-1998. During hitting drills and regular practices, the player would make hits that cause him to see stars, black out for several seconds, and lose his balance. Although these issues would occur two to three times per week during football practice and season, the player attempted to “shake it off” and continued to actively participate despite the brain and head trauma he was experiencing. Along with the impulse control problems, irritability, and memory loss, the Auburn player was also diagnosed with depression and anxiety after he sought medical treatment for concussion-related symptoms.

While football players are often stereotyped as indestructible and durable, having “your bell rung,” as experienced by this Auburn player, proves to be dangerous and, more often than not, is the cause of many serious and long-term medical problems including neurological and cognitive damage.

The NCAA, its conferences, and universities have a responsibility to look after the wellbeing of their student-athletes. Contact Raizner Slania today if you or a loved one have experienced head trauma and neurological disorders as a result of a head injury while playing for a NCAA regulated team. 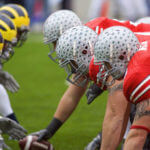 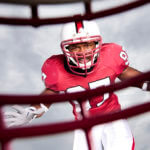