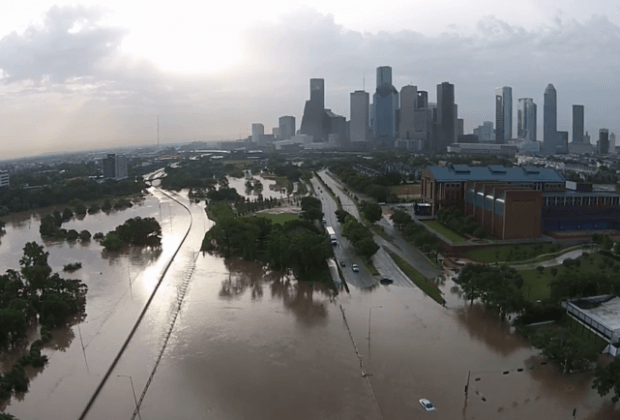 Houston and southeast Texas are no strangers to flooding. When Hurricane Harvey hit in 2017, it caused $125 billion of damage and dropped more than 40 inches of rain in some areas.

Homeowners experienced some of the worst damage and comprised the largest number of claims. Hundreds of thousands of homes were damaged severely, if not destroyed. Tens of thousands of residents in the area were displaced as a result.

Most homeowners flood insurance is offered by private insurers through write-your-own (WYO) programs set up through FEMA in the 1980s.

This was done to transfer management of the National Flood Insurance Program (NFIP) policies and claims to private insurance. The goals were to save on FEMA’s agency overhead, to spread the work around a little bit, and perhaps pay claims a little faster.

This type of arrangement is very lucrative for the private insurers because they get to collect costs and fees and administer claims, while FEMA gets to pay.

Unfortunately, while FEMA saves money and the private insurance companies make out pretty well, the homeowner is left with coverage that is quite limited, but not nearly as limited as their recourse should they not be happy with any part of the process.

Because of the limitations, we typically don’t handle standard homeowners flood insurance policies, although we can handle some higher-end policies.

If a homeowner has a dispute over a flood insurance policy, the dispute must be filed in federal court, and it is extremely rare for federal courts to allow recovery for many types of claims, including bad faith.

In fact, the law generally doesn’t allow for the recovery of bad faith damages and attorneys’ fees in a dispute over a flood insurance payment.

While we typically don’t handle claims for most individual homeowners, we can and do handle commercial flood insurance claims on multi-family properties, such as apartment and condominium buildings.

We can probably help you if one of the following is true:

Also hard hit by the flooding are churches and synagogues. Often, making a claim can take a long time, and a church that has been working on a tight budget based on the amount they get in the collection basket every week can often feel pressured by the time it takes to process claims.

When a flood causes serious damage to a church, all the congregation cares about is getting the doors open again, which can often mean approaching the insurance claims process in the most efficient and effective way possible and making informed decisions about the future of their church. We can help with that.

Also hard hit were businesses throughout Texas, which means there will be a lot of attention paid to commercial flood insurance policies.

Besides some commercial buildings that are total losses, there are also numerous reports of damage to parking garages and the lower levels of all sorts of commercial properties, including office buildings, shopping malls, and strip centers.

Most commercial flood insurance policies are also handled through the NFIP and those have some of the same types of restrictions as homeowners’ policies.

But many businesses also carry excess flood insurance, which covers losses above the federal limit, as well as losses for such expenses as lost income and business interruption costs, which are not covered by the NFIP.

Carrying excess flood insurance is a wise idea, but it also adds several other aspects to the claims process, and a business owner should make sure they’re making informed decisions and following all processes accurately.

Because most Texas insurance companies no longer underwrite flood insurance, most of the claims are handled by FEMA. This means it is necessary to follow very strict federal regulations and guidelines when filing claims, lest they miss out on collecting for their claims.

Contact our office for questions about residential or commercial flood insurance policies or to learn if we can assist you with recovery. Our experienced commercial property damage attorneys are here to help. 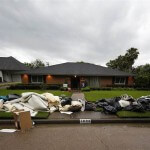