Recently, a very intense major storm hit Las Cruces, New Mexico and left behind a swath of damage over the course of a few hours. Most of the New Mexico Hail Storm Damage was caused by hail, which some witnesses described as being about one inch in diameter, but the storm also featured a significant number of lightning strikes, as well as heavy rains and strong winds. Although the National Weather Service also issued a tornado warning, there were no tornadoes, so people were thankful for that.

The storm left behind a significant amount of damage throughout the Las Cruces area. It is estimated that the storm damage led to thousands of claims for all kinds of building and other property damage. And because it’s been an expensive year for insurance companies, it is very likely they will be more difficult than usual to deal with when it comes to paying storm damage claims.

Because of this, while it is always a good idea to file a claim and document damage as soon as possible, it is especially important in the wake of a devastating natural disaster like the Las Cruces storms on October 5. It’s also important, when filing a claim for storm damage, to include as much detail as possible, including photos and videos of any storm damage, so as to make a claims adjuster’s job a little easier, and to make it more difficult for an adjuster to deny a legitimate claim. The adjuster will likely show up within a few days or weeks after you make the claim, but sometimes it will take a lot longer, especially after a huge, damaging storm.

When the adjuster gets to the site of the storm damage, they will examine the property, assess the extent of the damage and the total value of the building, as well as calculate the cost of needed repairs and file a report with the insurance company. One thing everyone should remember, however, is that the adjuster works for and represents the insurance company’s interests, which will always be to minimize their payout.

The amount of time it takes your insurance company to offer to settle your claim can vary greatly, but if your loss was caused by a natural disaster like the Las Cruces storms, it is unfortunately common for claim payments to be delayed. However, when they do offer a settlement, if you question the relative fairness of either the settlement or the adjuster’s report, you always have the option of accepting an undisputed payment from the insurance company, and then subsequently pursuing the full and correct amounts.

Due to the sheer volume of claims insurance companies will likely be handling from the Las Cruces storm, many of them will likely tend to underpay or deny a legitimate claim and they will try to put off payment as long as possible, which can be extremely hazardous to your business and its bottom line. Whenever an insurance company delays payment or denies a legitimate claim, the person who filed that claim has every right to file a lawsuit against that carrier. Anytime you’re dealing with an insurance company on a property damage claim, you should always have an attorney, like the experienced insurance attorneys at Raizner Slania, because they know how to evaluate a case and get the insurance to honor their contract and pay you for your legitimate claim. 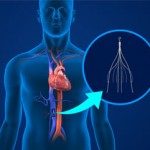 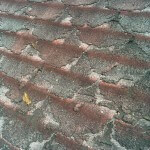 Property Damage Insurance Claim Denials Based on Wear and Tear