When an Insurance Company Denies Your Hailstorm Claim

Hailstorms are a fact of life in Texas; we’re famous for them. Because they can be triggered by or associated with strong thunderstorms, hurricanes, or tornadoes, and all of those are common in Texas, we have to deal with a lot of rough weather conditions. Perilous weather often pops up quickly and is difficult to impossible to predict, so it’s almost out of the question to prepare for one.

Most Texans carry insurance policies designed to protect them from the unpredictable events in life, and whenever a hailstorm causes significant damage to property, including homes, businesses, churches, schools and just about any type of building, the people affected depend on their insurance company to make things right. Unfortunately, too often policyholders quickly find themselves disappointed when the insurance company objects to or denies a claim, delays or denies a claim, underpays a claim, or even cancels their customer’s coverage after many years of loyal payment of premiums.

It’s quite common for insurance adjusters and other representatives of insurance companies to dispute how much hailstorm claim coverage a person actually has, the amount of property damage that was actually incurred due to the hail, and even whether hail caused the damage. Policyholders can easily find themselves out of their league when it comes to getting the compensation they’re due.

Often, insurance companies will inundate claimants with complex coverage claim forms or disputes that are written in complicated, hard-to-understand language. Other times, they’ll operate in bad faith when dealing with claims, or they’ll make a really low-ball offer that they hope the policyholder will take just to make it all go away. A number of people also believe they have no choice but to accept the insurance company’s offer, and the insurance company’s version of what happened, which is simply not true.

Quite often, the property damage done by a hailstorm to your home or business has a profound effect on your life and your ability to make a living, and the longer the damage stays unrepaired, the worse things will get. If any of your property has been damaged by a hailstorm and you have been unfairly denied the property insurance benefits that you have paid for, often for many years, you need to understand your legal rights as a policyholder, and your only recourse may be to file suit against the insurance company.

The hailstorm damage lawyers at Raizner Slania LLP have successfully represented many people and businesses against insurance companies that are acting unfairly. Our insurance team has been able to hold very large, very powerful insurers accountable for improper claim processing, so if you feel your claim has been denied unfairly, please contact Raizner Slania today. 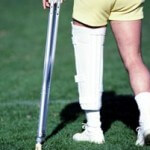 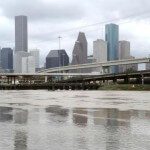