Our client, the owner of a Tyler events and concert facility, has filed suit against Seneca Insurance Company, Inc., a third-party adjusting firm, Vericlaim, Inc., and its adjuster in Dallas County District Court. The lawsuit stems from a claim the company filed against its insurance for damages sustained in wind and hailstorms, which our client’s claims were wrongfully denied and underpaid.

According to the complaint, there were severe wind and hailstorms on April 6, 2104 and April 18, 2015, which caused serious damage to the commercial property, including the roof, windows, HVAC, exterior, interior, ceilings, furnishings, and more. Right after the storm, our client filed the claim pursuant to its insurance policy with Seneca Insurance.

Seneca, a foreign insurer, assigned Vericlaim, a Dallas company, to handle the insurance adjustment, and they, in turn assigned an individual adjuster. The insured contends that no competent consultants or adjusters were assigned to objectively evaluate the damage. The adjuster refused to provide the report or findings of his investigation or that of his retained engineer, failed to respond to emails or provide updates, and generally prolonged the claims resolution. The adjuster Vericlaim assigned ultimately misrepresented that there was no hail damage to the property and the claim was denied.

The situation was so bad that our client hired its own consultants and representatives to prepare its own estimates, all of which Seneca ignored. Beyond the extensive damage to the special purpose building itself, the delays and misconduct by Seneca and its adjusters has resulted in lost revenue from cancelled and delayed concerts and other events.

The complaint alleges that Seneca Insurance, Vericlaim, and the individual adjuster wrongfully denied and underpaid our clients’ claims for property repairs under the policy and that the adjuster wrongly misrepresented that some damages and losses were not covered under the policies when they were. The commercial property damage insurance claims process was delayed and Seneca Insurance refused to issue further payments under its policies, which our client claims has caused serious financial harm.

Our client cites numerous violations of the Texas Insurance Code, mostly involving the failure of the opposing parties to reasonably settle their claims. The allegations also include that the other parties acted in bad faith by misrepresenting the insurance policy and by making misleading statements about several aspects of the claim. The company also alleges breach of contract, breach of duty of bad faith and fair dealing, violations of the Deceptive Trade Practices-Consumer Protection Act (DTPA), and fraud. In all, our client is asking for in excess of $1 million in damages for their losses, as well as interest and attorneys’ fees. 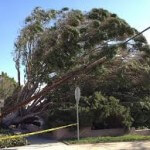 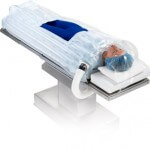