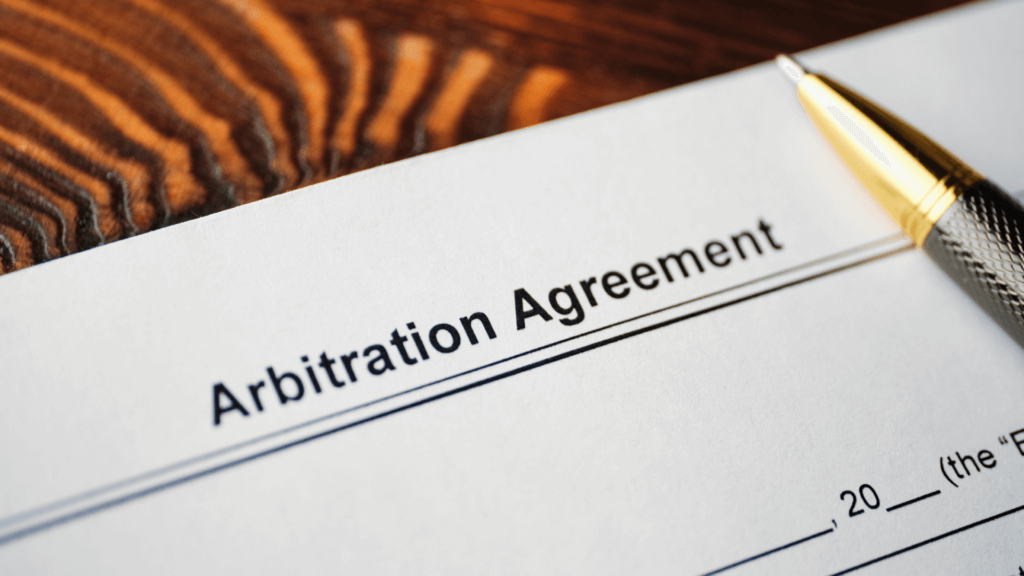 When a policyholder and their insurer cannot agree on the outcome of a claim, arbitration is a process that may be used to resolve the dispute. Some policies even include a mandatory arbitration clause to avoid litigation entirely. A recent Ninth Circuit case, however, could bar the enforcement of such arbitration clauses in insurance policies across several states.

Insurance arbitration is used as a means to resolve a claims dispute rather than pursuing litigation. This process often requires both the insurer and the policyholder to select an independent party as an arbitrator to decide the matter based on the facts of the dispute. If the arbitrators come to an agreement, they will issue an arbitration award. If they cannot come to an agreement, a third independent party, or umpire, is selected to settle the dispute. The award will constitute a legally binding decision on items such as the number of covered losses, fees, whether other damages may be awarded, and whether potential disciplinary actions are required to resolve the dispute.

In CLMS Management Services LP v. Amwins Brokerage of Georgia LLC, the U.S. Court of Appeals for the Ninth Circuit decided whether Washington state insurance law reverse-preempts the United Nations Convention on the Recognition and Enforcement of Foreign Arbitral Awards, or the New York Convention. Generally, when federal law conflicts with state law, the federal law supersedes or preempts, the state law. However, the U.S. federal law, the McCarran-Ferguson Act, delegates to states the right to regulate the business of insurance.

In the dispute, the plaintiffs CLMS Management Services LP and Roundhill I LP entered into an insurance contract with defendant Amrisc LLC, which was underwritten by defendant Certain Underwriters at Lloyd’s London. The policy called for all related disputes to be resolved by arbitration in New York.

Following the implementation of the policy, Hurricane Harvey hit south Texas and caused damage to a Texas townhome complex that was owned and operated by the plaintiffs. The plaintiffs filed a claim, but the parties disagreed on which deductible should apply, which lead the plaintiffs to file suit. The defendants then filed a motion to compel arbitration, purporting that the policy’s arbitration clause fell within the scope of the New York Convention, which applies to the recognition and enforcement of foreign arbitral awards and the referral by a court to arbitration. The plaintiffs opposed this motion by disputing that Washington state law bans the enforcement of arbitration provisions in insurance contracts and that the state had the authority to regulate the business of insurance without interference from federal regulation pursuant to the McCarran-Ferguson Act.

The Ninth Circuit ruled in favor of the defendants holding that that the state law that bars the enforcement of mandatory arbitration clauses in Washington insurance contracts, as well as in other states with similar anti-arbitration laws, does not reverse-preempt the New York Convention. However, the plaintiffs are seeking a review in the U.S. Supreme Court as there is a circuit split, which is when two or more courts of appeals provide conflicting rulings on the same legal issue, with the U.S. Court of Appeals for the Second Circuit, who previously held an anti-arbitration provision under Kentucky insurance law overrides the New York Convention. If the plaintiffs are successful at the Supreme Court, the decision would provide clearer guidance on arbitration clauses and nondomestic policies.

This decision will also be important for policyholders because the final ruling will determine whether or not insureds would be able to litigate their claims in a court located within the state where the property in question is located or be forced to arbitrate regardless of whether the insured agreed to arbitration when executing the insurance agreement.

Arbitration is sometimes referred to as resolving disputes over claims rather than going to court. The arbitration process often has fewer formal procedures, which can provide greater flexibility than traditional litigation, which ultimately may provide a  quicker means of resolving a dispute.

Mandatory arbitration clauses have become much more common in recent years and can sometimes affect policyholders negatively, as they are deprived of their right to a trial by jury as well as protections provided under Texas law. Many states currently have blanket prohibitions on arbitration agreements in insurance claims disputes, but Texas is silent on this issue and has few if any, laws or regulations on the practice of arbitration. Despite this, most Texas-based courts will enforce arbitration agreements when disputes arise over insurance claims.

As the ongoing litigation in CLMS Management Services LP v. Amwins Brokerage of Georgia LLC continues, policyholders should be aware of the potential for the practice of mandatory arbitration to be here to stay. With this in mind, combined with the complexities of disputing an insurance claim, policyholders should protect their interests by obtaining legal counsel that is familiar with the nuances that surround the practice of mandatory arbitration.

While the practice of arbitration does provide some advantages for both the insurer and the insured, often arbitration can work against the policyholder. In these cases, the deck can be stacked in favor of the insurance company, leaving policyholders with the bulk of the costs. However, the ability to take advantage of the benefits of arbitration while minimizing the disadvantages requires the experience and skill of the attorneys handling the case.

At Raizner Law, our insurance attorneys understand the many complexities that can arise when an insurance claim is disputed. In these cases, the policyholder wants to get back on its feet as soon as possible, while the insurer looks to protect its own financial interests. Our attorneys are familiar with the nuanced laws surrounding mandatory arbitration clauses, as well as the many tactics insurance providers, use to delay, underpay, and deny valid claims. If you need assistance with a commercial property claim dispute involving arbitration, we can help. Contact our office today for more information. 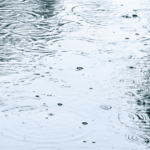 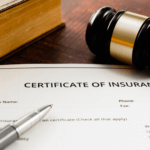 When To Hire A Lawyer For A Property Damage Claim