Rainzner Slania filed a head injury lawsuit on behalf of a former San Diego State University football player against the National Collegiate Athletic Association (NCAA) for its failure to adopt and implement concussion management and return to play guidelines.

The plaintiff played college football for the university from 1989 to 1992 as an offensive lineman. He recalls suffering from a number of concussions during his time playing football for the university. However, every time he suffered from a concussion or sustained a sub-concussive hit, the NCAA denied him the treatment needed to monitor, manage, and mitigate the long term effects associated with traumatic brain injuries (TBIs). Every time he suffered a concussion, he was quickly returned to the field of play.

Since the inception of San Diego State University’s football program, through at least 2010, there were no adequate concussion management protocols or policies in place to address and treat concussions sustained by student-athletes during practice and in games. Although the plaintiff sustained repetitive concussive and sub-concussive hits in practices and games for its profit and promotion, the NCAA failed to adopt or implement adequate concussion management safety protocols to protect him from permanent brain damage and its effects.

As a result of his time playing college football for the university, the plaintiff now suffers from severe headaches, memory loss, irritability, sleep troubles, early stage meningioma, and other debilitating issues.

The NCAA governs over 400,000 student athletes across the country and is responsible for the health and well being of these students both on and off the field. Unfortunately for students, the NCAA put profits before players in the management of concussions. College athletes who sustained concussions playing sports for NCAA regulated teams deserve to hold the NCAA responsible for its recklessness.

The experienced trial attorneys at Raizner Slania can help former college football players suffering from the long term effects of concussions sustained during practices and games. We offer free consultations to help you understand your legal options and we work on a contingency fee basis, meaning you won’t owe us anything unless we help you recover compensation. Call us today to schedule a consultation. 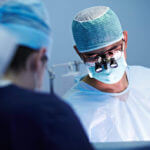 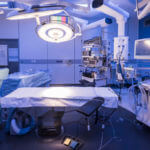