Raizner Slania LLP has filed a lawsuit on behalf of the owner of a performing arts center in Fort Bend County against Sentinel Insurance Company, LTD after its Hurricane Harvey wind claim was wrongfully denied.

When Hurricane Harvey made landfall on August 25, 2017, it was a Category 4 hurricane with maximum winds of 150 miles per hour. All across the Texas coast and further inland, wind ripped through commercial and residential properties. On August 26, 2017, Hurricane Harvey caused significant damage to the plaintiff’s property. Sizable portions of the roof were compromised by wind, which allowed rain to be driven in, causing substantial damage to the interiors of the property.

Harvey completely destroyed the roof, interior, ceiling, windows, walls, flooring, and other parts of the physical structure. In addition to structural damage, other valuables such as electronics, furniture, equipment, props, and one-of-a-kind costumes were completely ruined.

Immediately after the storm, the plaintiff promptly filed a claim with Sentinel, alerting them to the extensive damages. In an effort to assist Sentinel with the claims process and to mitigate any further damages to the property, the plaintiff engaged a roofing contractor to perform emergency mitigation services and assist with estimating some of the repair costs.

According to the “Inside Claims Rep” from Sentinel, who does not even appear to be located in Texas, the plaintiff’s claim was denied in full on the basis that water entry was not due to a storm created opening, but appeared to be related to heavy rainfall from Hurricane Harvey.

It is unclear at this time whether Sentinel or their Inside Claims Rep conducted any testing whatsoever or made any attempt at preparing an estimate reflecting these outlandish findings. If any testing was conducted or estimates were in fact prepared, the documents and/or explanations were not provided to the plaintiff. Instead, Sentinel simply denied the claim and closed the file, a move designed to save Sentinel hundreds of thousands of dollars.

Although Sentinel has, to date, provided no clear documentation of their inspection or findings, it denied the claim in full on September 5, 2017. Because Sentinel has refused to pay out the claim, the plaintiff’s business has been crippled. The plaintiff had to suspend operations for several months and lost several long-term rental contracts due to the dilapidated state of the property.

Sentinel failed to attempt to effectuate a prompt, fair, and equitable settlement of a claim, failed to adopt and implement reasonable standards for prompt investigation of the claim, and failed to provide a reasonable explanation for the denial of a claim. Our client also alleges Sentinel violated the Texas Deceptive Trade Practices-Consumer Protection Act.

Get Help With Your Hurricane Harvey Wind Claim

Hurricane Harvey caused billions of dollars in property damage, and insurance companies are using bad faith tactics to avoid paying out on thousands of claims. If your insurance company is denying or undervaluing your Hurricane Harvey wind claim, you will need the help of the experienced insurance lawyers at Raizner Slania LLP to get your rightful compensation. Call us today for a free consultation to discuss your case. 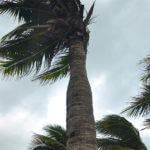 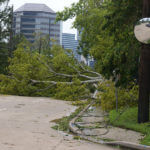