Raizner Slania filed a Bair Hugger staph infection lawsuit on behalf of a Louisiana couple against Arizant Healthcare and 3M Company after the husband suffered a severe infection.

In December 2015, the plaintiff underwent a right hip bipolar hemiarthroplasty in which the Bair Hugger was used throughout the scope of the procedure. However, the Bair Hugger device introduced contaminants into the plaintiff’s open surgical wound that caused him to develop a deep joint infection. The pathogen identified was staphylococcus aureus.

Staphylococcus aureus, more commonly referred to as staph, is a common infection found in hospitals that can be difficult to treat, particularly in patients who have undergone joint replacement surgery. Although the body is capable of fighting off most bacteria, bacteria present on artificial joints do not trigger the body’s immune system response. This makes post-surgical infections very dangerous for patients with medical implants, and can cause them serious and life-threatening side effects.

As a result of the infection caused by the Bair Hugger, the plaintiff was forced to undergo multiple excisional debridements, an incision and drainage along with a single-stage removal surgery, long-term PICC line antibiotics, and was ultimately discharged to a rehabilitation facility for further treatment.

Not only has the plaintiff suffered physically from the infection, but he has also suffered economically with extensive medical bills. The Louisiana couple believes the device is defective in design in manufacture, and that 3M and Arizant failed to warn patients and doctors of its risks.

Why Do Hospitals Use The Bair Hugger?

If you sustained a staph infection after a joint replacement surgery, call the defective device lawyers at Raizner Slania today. We can evaluate your case and help you understand your legal options. Contact us today to schedule a free consultation. 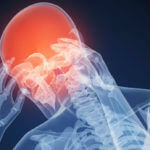 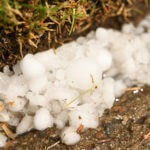