As the damage caused by Hurricane Harvey continues to worsen in the heavily impacted areas, local heroes have emerged.  The long list of first responders, civic leaders, and volunteers include Aransas County Emergency Management, Texas Task Forces for Search and Rescue, numerous departments of public safety (DPS), and scores of local fire and police departments. Thousands of local citizens have donated boats and time to perform impromptu rescue services and over 3,000 local search and rescue operations have been completed.  True leadership is emerging – Constables are riding along with their men and women and personally carrying out these rescue missions.  Even Houston Texans star J.J. Watt has waded in, personally donating $100,000.00 and setting up a donation website.

While we celebrate these first responders and heroes in our communities, we also need to be mindful of how poor leadership can have devastating impacts on damaged communities, and there are glaring examples of that as well.

The powerful, foreign insurance lobby used local Texas legislators, lobbyists, and downtown lawyers to pass House Bill 1774, which creates new challenges for Texas families, small businesses, churches, and property owners.  This part could not be made up – the law takes effect this Friday, September 1, 2017.  The insurance companies and financial institutions behind this damaging new law are based far away from Texas and its impacted communities. Many are based on Wall Street, in Massachusetts, and as distant as London, Zurich, and Tokyo.  But these foreign insurance carriers could not pass the laws themselves, they needed local Texas enablers willing to push the legislation forward, putting foreign interests above the well-being of Texans and our communities.

Galveston, Dickinson, League City, and other local communities fighting through this natural disaster have their local Representative, Greg Bonnen, to thank if their insurance carriers do not fully and promptly pay their storm claims.  Bonnen authored and pushed this anti-Texan legislation through. Harvey-impacted citizens in Matagorda, Lake Jackson, Angleton, and Brazoria can ask Dennis Bonnen why he sponsored House Bill 1774.  Look to see whether your own local Representative sponsored this legislation, but be prepared to be disappointed – there were over 65 Texas sponsors.

Rockport and Corpus Christi remain devastated by this Category 4 Hurricane, and what benefit to Texans could Corpus Christi and Rockport State Representative Geanie Morrison have possibly identified when she co-sponsored this insurance bill, making it much harder for her own constituents to hold an insurance company accountable for unlawful behavior. Those in West Houston should closely analyze whose interests Representative Dwayne Bohac had in mind when he sponsored the insurers’ windstorm bill. In Friendswood, Texas Senator Larry Taylor carried the water for the conglomerate foreign insurance carriers as he sponsored the Senate version of the bill.  Houston Senator Paul Bettencourt did the same.  Numerous other Texas State Representatives and State Senators failed to stand up to the out-of-state insurance lobby.  Their communications teams will likely laud their civic participation in helping clean up after Hurricane Harvey, despite their detrimental work authoring, sponsoring, and voting for House Bill 1774 instead of look after the property rights of Texas families and businesses.

As citizen-heroes continue to pour in to help their neighbors all along southeast Texas, it is important to pay tribute to what makes Texas truly great – courage, even in adverse times, and a willingness to fight for what is right.   It is also important to identify what Texas legislators voted to benefit foreign insurance and financial institution interests, rather than their own neighbors, friends, and family members. 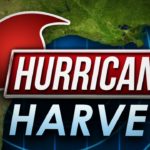 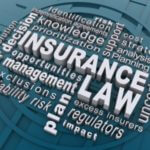