On August 27, 2017, Hurricane Harvey struck the plaintiff’s property, causing significant damage to the apartment complex. Two days following the hurricane, the plaintiff filed an insurance claim with its agent Highpoint.

Nearly a year passed without any substantive progress and zero payment on the plaintiff’s claim. In December 2018, the insurance carriers providing coverage under the complex’s policy made a partial “advance” payment to the plaintiff. On June 3, 2019, the Carriers, through AmRisc’s handpicked adjuster CJW, sent the plaintiff a letter officially refusing any additional payment on the claim. Faced with the certainty of recovering nothing for the significant damage inflicted to the property and business, the plaintiff retained Raizner Slania LLP to represent it. Raizner Slania sent a demand letter to the insurance carriers, who responded through counsel. Much to the plaintiff’s surprise, the carriers demanded arbitration, citing an arbitration clause within the plaintiff’s policy.

The carriers have still not paid the plaintiff for its insurance claim, now more than  more than  1,000 days after the property was damaged. The plaintiff reluctantly proceeded with arbitration with the Carriers under the terms it never agreed to, and is currently incurring significant monetary and time costs associated with hiring lawyers to represent them in the arbitration – in addition to the time and money already spent.

Our client sues the Defendants based on their failure to disclose or even reference the existence of the arbitration clause. We allege multiple violations of the Texas Insurance Code, including:

The plaintiff additionally alleged the Defendants fraudulently concealed the arbitration clause within the contract, engaged in a civil conspiracy to commit fraud, committed negligence, and breached their duties to obtain appropriate insurance coverage for the plaintiff.

If you are the owner of a Houston apartment complex or a commercial property and your hurricane insurance claim was wrongfully denied or grossly underpaid, the Texas insurance coverage attorneys at Raizner Law can help. Contact us today for a free consultation to review your case. 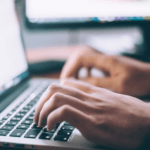 Insurance Company Questionnaires on COVID-19 Business Interruption Claims: What Are They Up To? 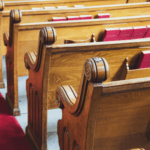