On March 17, 2016, a wind and hailstorm swept through north Texas, causing substantial damage to the roofs, HVAC, exteriors, and interiors of the apartment complex property. Upon discovering the damage, the plaintiff filed an insurance claim with Peleus. In response to the claim, Peleus assigned adjusters, consultants, and agents to the plaintiff’s file that were inadequately and improperly trained.

The representatives performed a haphazard inspection of the property and its damages and grossly undervalued what damages they did accept. Additionally, Peleus, Strata, Engle Martin, and their representatives made false representations to the plaintiff, including illegitimately claiming the damage occurred prior to the policy period and improperly ignoring facts confirming the wind and hail storm.

Strata and its representative also misrepresented the extent of damages confirmed at the property, falsely used excuses such as roof deficiencies and improper installation, and made misrepresentations about available weather data, including blatant misuse of predictive modeling supposedly being relied on to deny and delay the claim.

Strata and its representative then wrongfully claimed the roofs did not need to be replaced and instead blamed the clear damages on installation failures and the age of the roof systems. These are deceptive, unfair, and unreasonable claim actions, as Peleus and Strata’s own underwriting data confirms the good and insurable condition of the buildings.

As a result of the haphazard inspections and investigation, Peleus wrongfully denied the plaintiff’s hail damage insurance claim. Peleus failed to perform a thorough investigation of the claim and the plaintiff has been unable to make the necessary repairs, causing additional property damage.

Our client cites numerous violations of the Texas Insurance Code, including failure to adopt and implement reasonable standards for prompt investigation of claims, refusal to pay a claim without conducting a reasonable investigation, and misrepresentation of the insurance policy under which it affords property coverage to the plaintiff.

If you regularly pay your insurance premiums, you deserve full policy protection. Oftentimes when apartment owners try to receive compensation from a claim, they discover their insurance company is less than honest. If your apartment complex suffered wind or hail damage and the insurance company isn’t being straight with you, contact the hail damage insurance lawyers at Raizner Slania LLP. We’ve helped hundreds of property owners get full compensation under their policies. 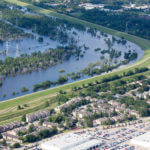 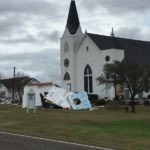