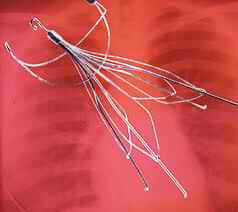 Inferior vena cava (IVC) filters are medical devices implanted to eliminate or catch blood clots before they travel through the bloodstream to the lungs or the heart. The Food and Drug Administration (FDA) issued a safety communication in 2010 after receiving nearly 1,000 reports of significant complications caused by implanted IVC filters.

An IVC filter should be removed after a set period of time; however, in many cases, the devices stay in the vein for too long and dangerous side effects occur.

If an IVC filter is left in place for too long, the following can happen:

The FDA sent a warning letter to C.R. Bard, one of the most prolific manufacturers of IVC filters, because the company did not address or correct violations found at its facilities. The FDA had previously cited Bard for the issues. Questions arose as to the level of adherence to Quality System Regulations, notably this misclassification of serious IVC filter injuries and deaths as “device malfunctions.”

NBC News investigated Bard IVC filters, and questioned Bard’s internal process to clear its IVC filters for market. A company insider revealed that the FDA failed to approve one application for the device. After that misfire, Bard recruited a regulation specialist to help it gain the necessary clearance with the federal agency. The specialist ultimately was concerned about the safety of the IVC filters and refused to sign the application paperwork. An allegation of the forgery of her signature on the documents was later levied.

If you or somebody you know had an IVC filter implanted, you may have a legal claim and can potentially reach an IVC filter lawsuit settlement. Contact the experienced defective medical device lawyers of Raizner Slania for a free and confidential consultation about your concerns.

Questions To Ask Before Hiring A Property Insurance Lawyer 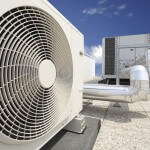 How Do I Know If My HVAC Was Damaged?