Raizner Slania LLP has filed a Bair Hugger Strep infection lawsuit against 3M Company and Arizant Healthcare on behalf of an Alaska woman. The woman believes the companies failed to warn her of the infection risk associated with the Bair Hugger warming blanket.

In January 2016, the woman received a right total knee arthroplasty in which the Bair Hugger warming blanket was used throughout the scope of her surgery. The Bair Hugger introduced contaminants into the plaintiff’s open surgical wound, causing her to develop a deep joint infection (DJI). The pathogen was identified as Group B streptococcus.

Group B streptococcus, often referred to as Strep, is a common infection experienced by children and adults. However, when Strep bacteria attack parts of the body not normally exposed to bacteria (like joints), they can cause severe infections. While Strep is traditionally treated with a course of antibiotics, Strep that is present in an artificial joint is much more difficult to treat. Strep can also cause additional life-threatening complications including sepsis (infection of the blood) and pneumonia.

As a result of the Strep infection caused by the Bair Hugger, the plaintiff was forced to undergo extensive medical treatment. The plaintiff underwent aspirations, emergency room visits, and surgical intervention including arthrotomy with washout and exchange of polyethylene liner followed by PICC line antibiotics. The plaintiff also suffered additional complications from the infection treatment surgery, including a hematoma (a swelling of clotted blood within tissue) and an inflammatory reaction requiring an additional washout procedure.

The plaintiff suffered greatly as a result of the infection caused by the Bair Hugger. In addition to physical pain, the plaintiff also suffered economically due to the costs associated with the extensive medical treatments to fight the infection. The plaintiff believes the Bair Hugger is defective in both its design and manufacture, and that 3M and Arizant were grossly negligent in the representation and marketing of the device.

If you underwent a hip or knee surgery in which the Bair Hugger was used and suffered a post-operative infection, you may be able to file a legal claim against the manufacturers. The experienced Bair Hugger strep infection attorneys at Raizner Slania LLP can analyze your case and help you understand your legal options. Call us today for a free consultation to discuss your case. 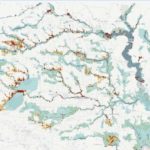 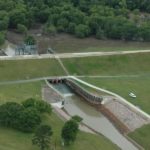 The Difference Between Downstream and Upstream Reservoir Claims